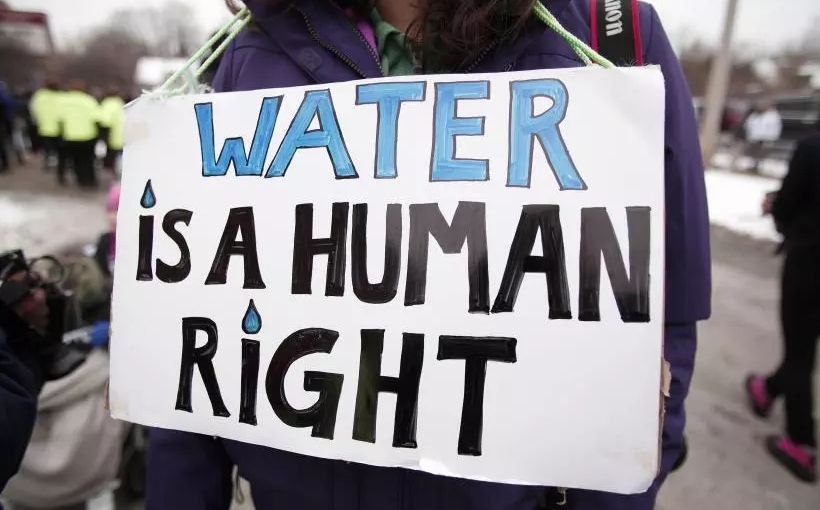 As of April 24, 2018, Flint, Michigan has been three years without clean water. That’s 1,000 days without adequate water to shower, cook, or even drink.

Here’s a refresher on why:

In April of 2014, Flint officials decided to switch their water supplier in order to save money. While the new pipeline was under construction, water from the Flint River was channeled into the city.

In May, some residents noticed a strange discoloration, taste, and smell to their water.

In August, bacteria were discovered in Flint’s water. The response to this issue? A suggestion to boil the water before using it.

In October, the General Motors plant based in Flint said it would stop using the city’s water because of concern of corrosion. For cars. (Can you imagine what this does to the inside of a human?)

We enter 2015. In January, the Detroit Water and Sewage Department extended an offer to reconnect Flint to the Lake Huron water source. Flint officials declined because they were concerned about future costs.

In February 2015, the EPA tested Flint’s water and found dangerously high levels of lead. Long-term effects of lead poisoning include heart, kidney, and nerve disfunction, as well as cognitive, behavioral, and health issues in growing children. Other effects include a higher risk of cancer, birth defects, blood poisoning, miscarriages, and skin conditions.

Meanwhile, the governor, mayor, and other Flint officials continue to argue that the water is perfectly safe.

From September through October several rounds of testing proved the water was unsafe. Flint finally switched back to the Detroit water supply.

In November, residents filed a lawsuit against 14 state and city officials under the claim that they knowingly exposed citizens to toxic levels of lead.

In December, Flint declared a state of emergency.

As 2016 rolled around, then-President Obama declared a state of emergency for the city. This allowed FEMA to help supply water, filters, and other related materials. As the year continued, numerous city officials as well as the EPA and several corporations, are indicted on criminal charges for endangering lives. In April 2016, the water still tested positive for high levels of lead (this was in part because residents would have to use the water in order to flush out the contaminated water).

In February 2017, a report entitled “The Flint Water Crisis: Systematic Racism Through the Lens of Flint” was released. This document asserted that the decision to switch to an unknown water source in order to save money was at least in part due to the history of racism in the United States. Ask yourself: would this have occurred in a predominantly white community?

In March, it was announced that Michigan will pay to replace the corroded or contaminated water pipes.

In April of this year, the free bottled water program ended with the assurance that the water supply in Flint is now safe to drink.

Yet, if you ask any Flint resident, they will tell you that this issue is far from over. In addition to the effects of continued lead exposure, many residents have experienced an increase in diseases and internal bleeding. Listing the plethora of dangers Flint residents still face would take longer than this article has, so I implore you to please do your research, and if you are able, please donate here, or here, or here!

And if you can’t? Use your voice. Remind people that Flint still exists, as do so many other communities in the United States in the same situation. Water is a basic human right. There should be no “acceptable” level of lead or any other pollutant.

We joke about Polio Pit here at Saint Anselm. Imagine having to live with that—worse than that. Flint deserves our attention. Flint deserves to be heard. All marginalized and struggling communities deserve respect, and they deserve the most basic requirements of life.

Sound carries over water. We have water, so let’s make sure this message is heard loud and clear.