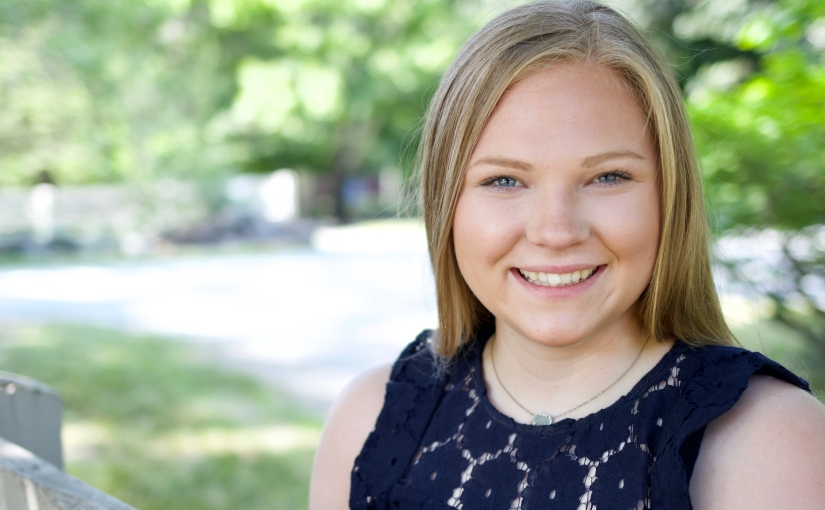 Emily Dickey is one of two candidates running to be the President for the Class of 2023. In her campaign speech, which she delivered Wednesday, Emily spoke briefly about the common emotions freshmen have when coming to college. She discussed the feelings of worry, sadness, and uncertainty that accompanied her on her way to Saint Anselm, but she pointed out that those feelings did not last long. She said simply, “I have found a new family here” and that she was “thrilled with the choice to become an Anselmian”. She went on to say that “There’s a strength here, and people just want to progress and grow and help others” and that she’s “never met a group of people so committed to being better individuals every day”.

When asked about her goals for the year, Emily highlighted the obvious need to engage with students and increase student participation. One of her main goals is to learn more about Saint Anselm and SGA in what she called “the trial and error year”. She explained that as freshmen she and her peers have a great deal to learn, but they are also afforded a host of new and exciting opportunities.

Emily spoke about the unique perspective she was hoping to bring to her class council by bringing up her favorite quote: “Move the needle”. She said that she always kept this in mind as she was a leader in student government all throughout high school. Now, in college, she is hoping to bring that same attitude not simply to move her needle, but to “do things that’ll help other people move their needle in life”.

On the subject of student engagement, Emily said that there were multiple factors behind the apparent lack of interest among her peers. The first, she said, was that people simply didn’t know enough about the school yet to take a major stake in it and work towards solving issues around campus. Secondly, she mentioned that it was SGA’s job to “get the kids out there”; she was referencing the traditional formatting of SGA candidate speeches being held in an auditorium, only available to those willing to come and watch. Emily suggested that it would be possible to stream speeches to multiple areas around campus – Davison, CShop, and the Student Center. She mentioned that the current format made her, and her fellow candidates, feel hidden and secluded. The solution to the issue of low student turnout, in Emily’s mind, is utilizing the power of word of mouth and directly asking students to participate. As she mentioned in her speech and reiterated in her interview, Emily believes the best way to engage with students is to identify an active core group of students that can motivate their peers and bring students to events.

Emily is one of two candidates for the position of President of the Class of 2023. Voting will be held Monday and Tuesday in Davison and CShop.