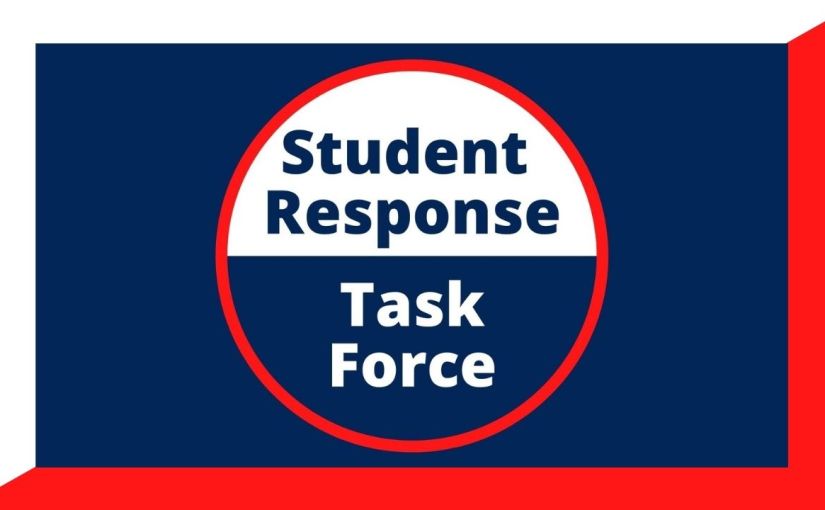 In an email to students sent out on Monday, the Student Government Association announced that the Student Response Task Force (SRTF) had completed its work and had published its findings in a report entitled, “A Report on the Student Response to the College Policies Regarding the COVID-19 Pandemic.” The SRTF was formed in early October under the purview of the SGA by Student Body Vice President Kevin Chrisom. The task force, composed of 12 SGA members, met twice a week through October and November in order to gather student feedback through listening sessions, Instagram polls, and an anonymous submission form in order to then draft their report for the Saint Anselm College administration.

All students were invited to participate in two “Student Listening Sessions” on October 28th and November 4th where students were asked for their opinions on a wide variety of topics related to the college’s COVID policies. Students had a lot to say. The report states that approximately 40 students took the opportunity to make their voices heard, and said things such as, “I have always felt that Saint A’s has supported their students except for this year. It is beyond frustrating to see the school hosting tours and weddings yet I am not even allowed to have my mom or my friends to my apartment for lunch.”

A total of 448 students participated in a series of SRTF sponsored Instagram polls which demonstrated the collective feelings of many students. Out of the 448, 95% of student participants favored extending the hours of the Jean Student Center, and 94% of the respondents also favored some form of intervisitation policy being reinstated. When asked whether or not the college had done enough for student socialization, 74% of respondents said that it had not. Unsurprisingly, 73% of student participants responded that they did not think that online or hybrid classes were as productive as a typical school year. Finally, despite a rather large portion (28%) of students claiming that their experience at Saint Anselm had been negative in the fall semester, 95% of student respondents said that they felt safe on campus.

The twenty-two-page report paints a detailed picture of the fall 2020 semester and the effects it had on the students of Saint Anselm College. It highlights some of the measures that students found beneficial such as President Favazza’s Town Halls, a well-designed move-in plan, and quick and effective mitigation of campus outbreaks, as well as some significant areas of student concern. The report lists 27 specific issues that students voiced to the task force, ranging from a lack of enforcement of COVID policies to overbearing course loads.

Although the student body only recently received the finalized report, the Student Response Task Force met multiple times with President Favazza and Dean of Students Finn to discuss their findings and provide recommendations on how to improve the experience of students in the spring semester. When asked how he would characterize the SRTF’s meetings with Favazza and Finn, SGA Vice President Chrisom said, “I am very appreciative of the level of thought and care both Dean Finn and President Favazza showed to us during our work.” He added, “On a more personal note, I would like to thank both of them for the job they have done throughout the year and look forward to continuing working with them in advocating for the students.”

The publication of the report and its subsequent delivery to the student body marks a major milestone in the task force’s work, and the question now becomes, “Where will they go from here?” When asked, Chrisom said, “There are several avenues to which we could go,” but that the direction of the Task Force will rely largely on the environment and circumstances of the upcoming semester. Chrisom then mentioned that “the task force plans to continue listening sessions and encourages students to continue attending them and voicing their opinions. When the Student Senate reconvenes, the expectation is that many resolutions will be coming up for discussion and for a vote on areas regarding dining services (the reopening of the pub), intervis, etc. The task force was pleased to see students partake in the decision-making process for the upcoming second semester, and will continue to advocate for their involvement.”

The full report is available to read here: 12-28-20-srtf-reportDownload